Thinking about applying to Techstars Berlin? 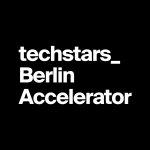 All about Techstars Berlin

I’m often asked what kind of companies we invest in and what stage they should be in.

Short answer: It doesn’t matter what kind of stage you’re at — as long as you’re ready for acceleration, and you can answer two big questions I like to ask:

Techstars Berlin does not have a specific vertical focus. I do not invest in e-sports or AR/VR media plays.

When vetting companies, I look for stand-out, exceptional founders who want to be great entrepreneurs.

So whether it’s their first time journey straight out of university, or later on in their life, it’s really about the individuals themselves, and how they demonstrate the fact that they’re so exceptional.

Here are some of the things I look for, in companies that apply:

Preferred, but not an absolute requirement

We base our decision-making on the following criteria (ranked in order of importance), when we’re going through the selection process to pick the 10 companies we’ll work with in the Techstars Berlin Accelerator, not just for the three months during the program, but for life:

What this should indicate to you, is that the ‘team’ component is the most important thing. Out of the hundreds, if not thousands of applications we receive every year, the ones that stand out showcase a team that has what it takes, to get the job done.

Did this answer resolve your question?